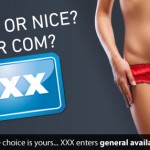 Sedo's CEO Tim Schumacher has announced that he will be stepping aside.The announcement came this afternoon via his Twitter account: After 11 years, I will soon retire as CEO of Sedo and transition to the supervisory board. What a change for both me personally and Sedo  So who will be taking the reins at Sedo?  … END_OF_DOCUMENT_TOKEN_TO_BE_REPLACED

If you're a big international organisation you need to be good at communicating.ICANN, unfortunately, doesn't have an exactly stellar track record in this area. One of the organisation's biggest critics, Kieren McCarthy, was hired by the organisation to improve things, but he left a couple of years later (though he hasn't left the organisation alone!)ICANN wants to … END_OF_DOCUMENT_TOKEN_TO_BE_REPLACED

Visa has acquired the domain v.me and is going to use it for a "digital wallet" and "global acceptance mark". The service will be called v.me - obviously.Here's the official release: The .ME Registry and Visa have announced www.v.me as the online destination for V.me by Visa, Visa’s digital wallet and global acceptance mark. V.me by Visa will be a simple and secure way to … END_OF_DOCUMENT_TOKEN_TO_BE_REPLACED