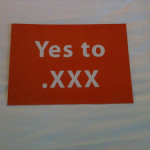 PIR, the .org domain name registry, have announced a price increase in .org effective July 1st 2013.The new price will push .org to USD$8.25, which is higher than .com! That's a price increase of $0.55.Not exactly the New Year message a lot of people would have liked to receive..As has been reported elsewhere, however, Verisign's new contract with ICANN does not … END_OF_DOCUMENT_TOKEN_TO_BE_REPLACED

Vietnamese registrar Mat Bao has been issued with a formal breach notice by ICANN Compliance.The registrar appears to be having pretty serious issues.They're not escrowing domain data to Iron Mountain (or anyone else)  even though they're a relatively new registrar and would have been obliged to do so as soon as they started registering domains.Add to that their … END_OF_DOCUMENT_TOKEN_TO_BE_REPLACED 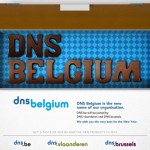 DNS.be, which runs the .be domain registry for Belgium, is rebrandingIt's a logical move, as the company is also running the new TLD bids for .brussels and .vlaanderenThe new brand will be "DNS Belgium" … END_OF_DOCUMENT_TOKEN_TO_BE_REPLACED

Pinky of DomainDiction put out a short tongue in cheek "trailer" earlier today.Enjoy: It uses some of our graphics from DotWhat.co :)The "draw" is taking place today in LA  Related articlesNew gTLD lottery tickets now on sale (domainincite.com) … END_OF_DOCUMENT_TOKEN_TO_BE_REPLACED