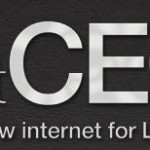 The guys from DotCEO have now enabled embedding of their videos, so here's the latest one they released:http://youtu.be/OONKMHkLras … END_OF_DOCUMENT_TOKEN_TO_BE_REPLACED

PeopleBrowsr (sic) have announced the .ceo sunrise as well as releasing yet another video. And yet again they've disable embedding, which for a company that's supposedly "social" is an odd choice .. Anyway .. here's the release:  dotCEO - the only TLD to convey both authority and power - will be marketed to brand leaders, 20 million business leaders globally and … END_OF_DOCUMENT_TOKEN_TO_BE_REPLACED

ICANN's compliance team have been kept busy this week.They've issued 3 breach notices to registrars:Virtucom Networks S.A - for non-payment of fees Telefonica Brasil S.A. - for non-payment of fees. Black Ice Domains, Inc - for not paying their fees. Judging by the details in the letter ICANN has been going back and forth with them on this since last summer.Of … END_OF_DOCUMENT_TOKEN_TO_BE_REPLACED 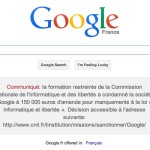 The French data protection authorities have fined Google 150000 Euro and obliged them to put a notice on their home page announcing the fine:The fine is the largest ever levied against a company in France and is due to both the seriousness of the data privacy issues and the number of of them (I'm paraphrasing): La sanction pécuniaire décidée constitue le montant le … END_OF_DOCUMENT_TOKEN_TO_BE_REPLACED