One of ICANN's core missions is maintaining "security and stability" and a key way that this happens is via the work of the SSAC. SSAC = the Security and Stability Advisory Committee.Unless you're a bit of an ICANN "insider" however, you may not be familiar with how they work or what they do, so this new video is helpful:http://youtu.be/dlnPWlJM_1U … END_OF_DOCUMENT_TOKEN_TO_BE_REPLACED

Registration for RIPE 70 is now open. The meeting will be held in Amsterdam from 11th to 15th May 2015.RIPE meetings bring together a lot of technical types from across the EMEA region, so if you're into "networking" but with ethernet cables, then this could be the event for you.The RIPE meetings this year, however, may have a slightly different focus. With the … END_OF_DOCUMENT_TOKEN_TO_BE_REPLACED 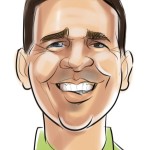 Domain industry veteran, Gene Kearon, has joined .irish.Kearon, who was most recently with Dominion Enterprises, announced last night that he was joining .irish. He will be helping promote the new TLD for the global Irish community at the upcoming ICANN meeting in Singapore.Kearon previously worked at Neustar where he was heavily involved in their new TLD business as … END_OF_DOCUMENT_TOKEN_TO_BE_REPLACED 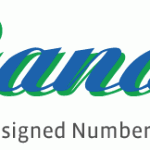 Unless you've been hiding under for the last few months you'll know that the IANA transition is a hot topic in internet governance circlesOf course while there has been numerous meetings, thousands of emails, more meetings, media coverage and plenty of conversations about the topic, there are probably still quite a few people who don't fully understand what IANA is and, … END_OF_DOCUMENT_TOKEN_TO_BE_REPLACED 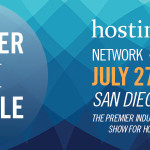 HostingCon is being held in San Diego, California this July from July 27th to 29th.In the runup to the event the organisers will be pushing out quite a bit of PR ..And today they announced a USD$500 Amazon gift certificate giveaway.You can enter up to twice per day simply by tweetingFull details here … END_OF_DOCUMENT_TOKEN_TO_BE_REPLACED 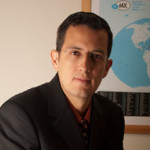 The .mx registry announced a couple of days ago that their CEO, Oscar Robles, would be stepping down.This morning LACNIC announced that Robles had been appointed as Executive Director.It's interesting to see someone like Robles, who has a lot of experience in the "names" space moving to "numbers". Of course Nic Mexico does a lot more than simply handling the .mx ccTLD, … END_OF_DOCUMENT_TOKEN_TO_BE_REPLACED

Namescon is being held in Las Vegas, Nevada, this week.The event kicked off yesterday with a day packed with training sessions and small, yet very active sessions on a wide variety of topics.According to NamesCon's Jothan Frakes the event has over 900 registered attendees, which makes it the biggest domain industry event outside of an ICANN meeting.More details of … END_OF_DOCUMENT_TOKEN_TO_BE_REPLACED 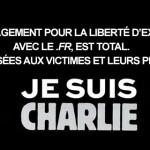 The French ccTLD registry, AFNIC, has, in common with many other French organisations, come out strong in the aftermath of the attack earlier this week on Charlie Hebdo.Their front page currently displays the current image:and on their English language site they've provided a translated version:But what's a lot more interesting for DNS geeks is that they've … END_OF_DOCUMENT_TOKEN_TO_BE_REPLACED