The .ie ccTLD had finally removed DNS checks from its processes. Up until the change, which came last night, any new registrations, transfers or other updates would be delayed until the DNS delegation had been checked.What that meant in reality is that if a domain's delegated nameservers were not 100% compliant with the RFCs then the registration or change would be … END_OF_DOCUMENT_TOKEN_TO_BE_REPLACED 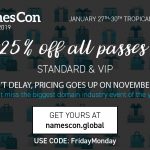 NamesCon will take place in Las Vegas in January 2019 (27 - 30) at the Tropicana.They're accepting submissions for their live auction here.From Friday 23rd until Monday 26th November they're offering discounted rates - 25% off the standard pricing using code: FridayMondayThe outline schedule is available already with details of speakers etc., being announced between … END_OF_DOCUMENT_TOKEN_TO_BE_REPLACED 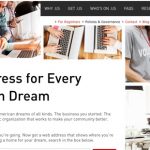 The .us ccTLD registry is aimed at serving the needs of US based businesses, individuals and organisations in common with other ccTLDs that have a strong link with the geographic region where they are based. In the case of .us the contract is awarded by the US government and Neustar has been running the show for years.Several years ago they setup a Stakeholder Council (of … END_OF_DOCUMENT_TOKEN_TO_BE_REPLACED

The 2019 edition of Domain Pulse will be held in Bern, Switzerland.Switch, the .ch ccTLD manager, will be the hosts for the 2019 event which is being held on February 18th and 19th in the Town Hall in Bern.Registration for the event is free and should open in the next few weeks. At the moment no details of the event's schedule have been announced, though based on past … END_OF_DOCUMENT_TOKEN_TO_BE_REPLACED 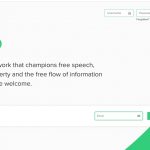 A few days after going offline gab.com is back.The domain was booted by GoDaddy a few days ago and then switched to Uniregistry. Somehow, and this isn't clear to me, the domain then moved again onto Epik. Epik did not simply accept the domain transfer, but actually seem to be welcoming it with open arms.Wired have a good piece covering the site and domain and how it … END_OF_DOCUMENT_TOKEN_TO_BE_REPLACED

Online pre-registration for the upcoming IGF meeting in Paris is now closed.You can still register at the venue, though whether that will have any negative implication isn't clear.If you've already registered you'll be able to pick up your badge at the following times:Friday, 9 November 2018, from 10:00 a.m. until 18:00 p.m. CET Saturday, 10 November 2018, from … END_OF_DOCUMENT_TOKEN_TO_BE_REPLACED