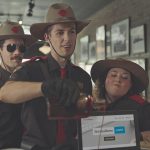 CIRA, the .ca (Canada) domain name registry has released a new advert for a television advertising campaign. The campaign is build around the hashtag #DontBeATraitor and I hope they do more of these.I love the concept of pushing a country code on the basis of national pride and loyalty so I really like this video ad:What do you think?Personally I think anyone … END_OF_DOCUMENT_TOKEN_TO_BE_REPLACED 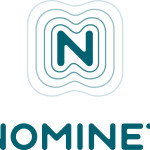 Nominet, the .uk domain registry, is well aware of the possible implications of Brexit. Earlier today they sent out a reminder email to registrars to underline the options:In the case of a "no deal" BrexitIn the case of Brexit with a deal, but without specific provisions covering the transfer of personal dataEssentially if the worst comes to happen then they will … END_OF_DOCUMENT_TOKEN_TO_BE_REPLACED 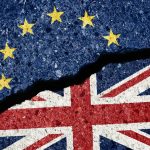 While the Brexit situation remains at best "unclear" the future of UK based .eu domain name registrants has finally received a little bit of clarity.It might not be the best of news, but it's relatively clear. Of course in common with anything that is linked in anyway with Brexit and what form it might take, the entire thing is still "up in the air".EURid have … END_OF_DOCUMENT_TOKEN_TO_BE_REPLACED

ICANN's AGM will be held in Montreal, Canada in November. It's the time of the year when several posts on committees, councils and boards are rotated, but a lot of the decisions about who will take on the various roles are made well in advance.Yesterday evening the ICANN Board announced who the new Chair would be and it's Maarten Botterman. He'll be joined by León Felipe … END_OF_DOCUMENT_TOKEN_TO_BE_REPLACED 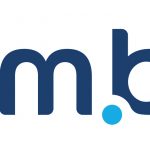 As the hosting and domain name space becomes mature there will inevitably be an uptick in mergers and acquisitions. In recent years we've seen GoDaddy acquire multiple companies to strengthen its hold on the European market, while UK based Centralnic has more recently been acquiring companies across the globe.Personally I predicted that this uptick in M & A activity … END_OF_DOCUMENT_TOKEN_TO_BE_REPLACED