ICANN announced earlier today that there has been a change in their Executive team.Cyrus Namazi who headed up the Global Domains Division (GDD) has left the organisation.Theresa Swinehart, Senior Vice President, Multistakeholder Strategy & Strategic Initiatives, will be in charge of GDD for the interim.That sounds like they'll either be promoting someone … END_OF_DOCUMENT_TOKEN_TO_BE_REPLACED

With the COVID 19 pandemic a focus of attention for most people around the world at the moment there is an impact on domain name registration trends and the internet infrastructure business. While many of the domains that are registered containing strings like "covid" or "corona" are never used for anything and are purely speculative (good luck with that), some of the domains … END_OF_DOCUMENT_TOKEN_TO_BE_REPLACED 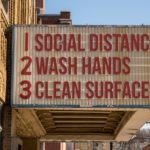 With the COVID-19 pandemic an ongoing crisis across the globe many businesses are currently closed. Some of them may never open again. While some governments are offering packages of financial assistance the current situation is going to hit many sectors really hard.Against the backdrop of the current pandemic companies in the internet infrastructure have become even more … END_OF_DOCUMENT_TOKEN_TO_BE_REPLACED 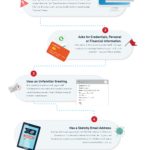 Unfortunately cyber crime has not stopped during the global COVID-19 crisis. If anything there's probably been an increase in certain types of malicious activity.EuroPol and other agencies have been sharing tips and resources to help individuals and businesses address security, which with so many employees now being forced to work from home, has become a much bigger issue … END_OF_DOCUMENT_TOKEN_TO_BE_REPLACED

ICANN formally announced last night that both the GDD Summit and DNS Symposium scheduled to be held in Paris, France in May have been cancelled. The DNS OARC workshop which was slated to take place in the same venue the weekend after the ICANN events has also been cancelled.The GDD Summit is usually more business and operational focussed than the main ICANN meetings, so … END_OF_DOCUMENT_TOKEN_TO_BE_REPLACED

While the COVID 19 virus has pretty much taken over the news in recent weeks, other things are still happening, albeit at a slower pace.ICANN announced Monday that they had hired Mikhail Anisimov to head up their activities in Eastern Europe and Central Asia."Mikhail Anisimov is a well-known domain industry professional in Eastern Europe and Central Asia, and a … END_OF_DOCUMENT_TOKEN_TO_BE_REPLACED