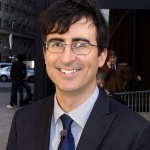 Unless you've been living under a rock for the last few months you're probably aware of John Oliver's hilarious TV show "Last Week Tonight". It airs on HBO at 11pm, but has also been picked up by Sky and other channels overseas - plus, since it's 2014, most of the content is also available on YouTube a few hours after airing.Last night one of the segments focussed on former … END_OF_DOCUMENT_TOKEN_TO_BE_REPLACED