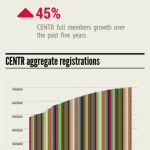 CENTR, which is the association for European ccTLDs, has announced that its members, which are all country code top level domain registries, have surpassed the 70 million domains mark. The number of registrations comes from 57 ccTLDs and IDN ccTLDs in 49 countries. They've produced a graphic to illustrate the milestone: More details on the CENTR site.   … END_OF_DOCUMENT_TOKEN_TO_BE_REPLACED

The second Middle East DNS Forum is scheduled to take place in Amman, Jordan next month from March 9th to March 10th. The event, which runs over two days, will cover topics such as: IDNs New TLDs ccTLDs IANA transition Internet industry in Middle East The full agenda is available on the event website. … END_OF_DOCUMENT_TOKEN_TO_BE_REPLACED

ICANN opened nominations for the 2015 ICANN Multistakeholder Ethos Award back in December. Nominations close on March 2nd 2015. It's an interesting idea to provide recognition for people who spend a lot of their days (and nights) working on Internet Governance matters: The Multistakeholder Ethos Award will recognize ICANN participants who have deeply invested in … END_OF_DOCUMENT_TOKEN_TO_BE_REPLACED 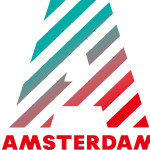 The .amsterdam city TLD is currently promoting its pioneer program. They'll be launching 100 .amsterdam sites powered by select "pioneer" organisations. So far they've got three on board: TEDx Amsterdam will be assigned tedx.amsterdam The city of Amsterdam will be using gemeente.amsterdam ID&T who run the Sensation parties will be given dance.amsterdam If … END_OF_DOCUMENT_TOKEN_TO_BE_REPLACED