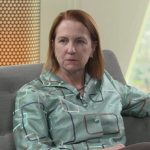 Becky Burr recently announced that she would be leaving Neustar to return to private practice. She currently serves on the ICANN Board in "Seat 13" which is appointed by the "contracted party house" (CPH) of the GNSO aka registries and registrars. Her current term ends at the 2019 AGM later this year. The CPH has decided to re-appoint Ms Burr for a second term, which was … END_OF_DOCUMENT_TOKEN_TO_BE_REPLACED