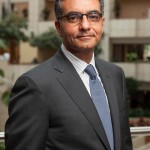 ICANN's President and CEO Fadi Chehadé is apparently on Twitter. You'd be forgiven for not knowing, as he's only tweeted once at time of writing: https://twitter.com/icann_president/status/354373185065582592 According to what I can see the account was created on April 21st of this year. Chehadé's predecessor was, and still is, a fairly active Twitter … END_OF_DOCUMENT_TOKEN_TO_BE_REPLACED