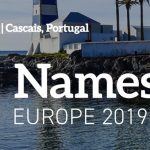 NamesCon Europe will be held outside Lisbon, Portugal in June. They recently announced that submissions for the live auction are open. You can complete the form here to have your domain names considered for inclusion. The live auction will be held on the afternoon of June 20th during the event. As with previous NamesCon events the auction is being run by Monte Cahn's … END_OF_DOCUMENT_TOKEN_TO_BE_REPLACED

NamesCon Europe (formerly known as Domaining Europe) was recently held in Valencia, Spain. Next year's event, however, will be in Lisbon, Portugal. The exact dates and venue for the domain event have not been announced, though it's meant to be held in June. The event organisers are already selling "early bird" tickets for the event, though for some odd reason they're … END_OF_DOCUMENT_TOKEN_TO_BE_REPLACED