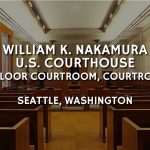 As I mentioned several months ago, the .nz ccTLD registry Domain Name Commission is taking legal action against several companies that have been harvesting whois data for years. They were granted a preliminary injunction and were in court in person a few days ago. You can watch the legal pleadings from both sides in the video below:Personally I find the arguments from … END_OF_DOCUMENT_TOKEN_TO_BE_REPLACED

As I predicted ICANN is pursuing its case against EPAG. They're now not only appealing the case to a higher court in Germany, but are also trying to get the entire thing referred to the European Court of Justice.In an announcement late last night ICANN made it very clear what their intentions are. While they're pursuing the appeal in the higher court in the German region, … END_OF_DOCUMENT_TOKEN_TO_BE_REPLACED