The APWG and M3AAWG recently conducted a survey among their members and the broader infosec community to get an understanding of how WHOIS changes had impacted security investigators. The survey results come from just over 300 participants' responses. Both organisations have formally written to ICANN and are asking that ICANN make several fundamental changes to the … END_OF_DOCUMENT_TOKEN_TO_BE_REPLACED 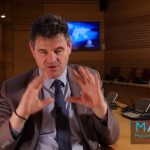 Mick Moran, who is a member of An Garda Síochána, but who has been seconded to Interpol in Lyon for several years, is a man with a mission. Mick's job is far from easy, as he deals with the worst of the worst: crimes against children online. We've spoken to Mick in the past here and here. Yesterday at the M3AAWG meeting in San Francisco Mick was honoured with the 2017 M3AAWG … END_OF_DOCUMENT_TOKEN_TO_BE_REPLACED