Official Journal of the European Union 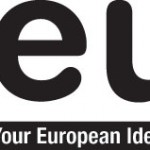 EUrid have officially been awarded the contract to run the .eu domain registry for another 5 years. The contract, which is awarded by the European Commission, was open for tender last year and the official announcement was only made today. The announcement is in today's Official Journal of the European Union Interestingly there was only one entity that submitted a bid … END_OF_DOCUMENT_TOKEN_TO_BE_REPLACED