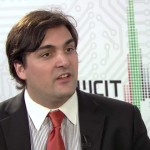 LACTLD has announced that the appointment of Andrés Piazza as General Manager. Piazza will take up the post formally from April 1st 2016. He will be working alongside the current General Manage, Carolina Aguerre, from mid-March.Piazza is a well known figure in the Latin American and Spanish speaking internet industry. He's been with LACNIC since 2011, but prior to that was … END_OF_DOCUMENT_TOKEN_TO_BE_REPLACED

ICANN has opened a public comment period on the "Inter Registrar Transfer Policy" (IRTP)You can read more about the announcement hereWhat makes this comment period a bit different is that the request for comments has been published in the 6 UN languages ie. English, French, Spanish, Chinese, Arabic and Russian. … END_OF_DOCUMENT_TOKEN_TO_BE_REPLACED