We mentioned the plans to relaunch .pw recently.Since then the .pw team have been quite active.The new registry site is now live and includes information about the launch, with the dates of the various periods ie. sunrise, landrush and general availability.Their IANA entry was also updated earlier today to include the new whois server, though it will probably take a … END_OF_DOCUMENT_TOKEN_TO_BE_REPLACED 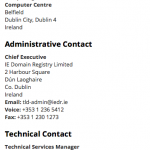 The IANA whois data for .ie was changed yesterday.While the "sponsoring organisation" is still listed as UCD,  the other contacts have switchedThe old listing was: Hostmaster Team at University College University College Dublin Computing Services Computer Centre Belfield Dublin City hostmaster@ucd.ie And a similar entry for the technical contact.This is now … END_OF_DOCUMENT_TOKEN_TO_BE_REPLACED

CNNIC, the .cn registry, are to implement an alternative to traditional whois.According to an announcement by ICANN's Kurt Pritz, the Chinese organisation will be implementing a "RESTful" Whois server implementation.This is based on ongoing work within the IETF in the rather oddly named "weirds" project. Of course "weirds" is actually an acronym for:"Web Extensible … END_OF_DOCUMENT_TOKEN_TO_BE_REPLACED 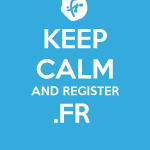 Is AFNIC getting into social media and memes in a big way? They've already got a Facebook page, Twitter and are even pushing out infographics.. now it appears they're trying to harness memes.This appeared on some social media sites earlier this morning:Sure, it's not exactly "revolutionary", but it's a breath of fresh air to see an established ccTLD's marketing team … END_OF_DOCUMENT_TOKEN_TO_BE_REPLACED

The .me domain name registry is growing from strength to strength.Earlier today they issued a release in which they reported their latest growth figures.They've not only surpassed the 650k domain name mark, but they're also the fastest growing ccTLD (country code top level domain) in Europe according to the latest CENTR report.The registry's head honcho, Predrag … END_OF_DOCUMENT_TOKEN_TO_BE_REPLACED 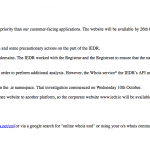 The IEDR's main website has been in "maintenance mode" for the last two weeks with a simple message about a security incident being displayed.As of this morning, however, it has been updated with slightly different text: IE Domain Registry (IEDR) has restored services to all of its customers. Our corporate website, which is moving to another platform, was deemed a lower … END_OF_DOCUMENT_TOKEN_TO_BE_REPLACED 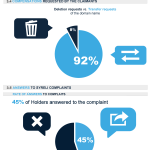 Unless you're really fascinated by domain names and trademark law and disputes, domain name disputes aren't exactly an "exciting" topic.Afnic, the .fr registry, however, are trying to change that in their own little way.Earlier this morning they released an infographic that is packed with information, facts and figures about their new domain name dispute resolution … END_OF_DOCUMENT_TOKEN_TO_BE_REPLACED

The 66th RIPE public meeting is being held in Dublin, Ireland in May 2013Dublin's Burlington hotel will play host to the event which will attract network operators from the RIPE region (Europe mainly) to Dublin for a week of meetings and networking of the more social variety.More information on the meeting site. … END_OF_DOCUMENT_TOKEN_TO_BE_REPLACED 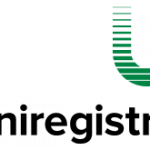 Seemingly the Cayman Islands has appointed a representative to ICANN's GAC - where all the governments hang out.Their appointee, who should be attending the meeting in Toronto next week, is Mr Samuel Rose. Mr Rose hails from the Caymans' Ministry of Finance, Tourism and Development.This appointment might have something to do with Frank Schilling's Uniregistry being … END_OF_DOCUMENT_TOKEN_TO_BE_REPLACED

Nominet, who operate .uk, have announced plans for a number of "roundtables" on their "direct.uk" proposal, which we covered recently.There will be events held in London, Cardiff, Manchester and Belfast.An "open house" is also planned for 8 November in London.Full details of the various events are on the Nominet siteLater in November Nominet will be holding … END_OF_DOCUMENT_TOKEN_TO_BE_REPLACED