Demand Media has announced its acquisition of registrar Name.com Demand Media already owns eNom, which is a reseller / wholesale registrar. Name.com, however, is retail based and has worked hard to build up its reputation in terms of customer service. According to the release Name.com has over 1.5 million domain names under management. According to the release from … END_OF_DOCUMENT_TOKEN_TO_BE_REPLACED 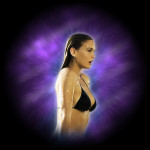 Bar Refaeli is to star in this year's GoDaddy superbowl ad. The Israeli supermodel will star alongside longtime GoDaddy girl Danica Patrick in an ad entitled "Perfect Match" Refaeli was ranked number 1 in Maxim's Hot 100 for 2012. She's also behind the aptly named line of underwear under.me, which we mentioned recently. Full release on their site. … END_OF_DOCUMENT_TOKEN_TO_BE_REPLACED 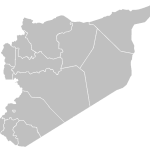 Judging by reports the ccTLD of Syria(.sy) is having issues. This shouldn't come as a surprise to anyone, as the country has been having plenty of issues internally .. (a gross understatement!) TechCrunch report that Art.sy are now redirecting to a .net domain, though they're relying on a HTTP redirect (Can we say "doh!"?). While that might work at *some* levels it's … END_OF_DOCUMENT_TOKEN_TO_BE_REPLACED