The first .wales and .cymru domain names will go live later today. As we've noted elsewhere, the launch of new TLDs is giving cultural and linguistic communities their own space online. From early this morning the launch has been garnering quite a bit of mainstream media:   The Guardian ITV Wales BBC Wales Wales Online The Telegraph The domain names … END_OF_DOCUMENT_TOKEN_TO_BE_REPLACED

Registrars and registries have to work together. It's a reality. While relations between the two groups can be fantastic, there are also plenty of instances where at the operational level things are a little "strained". Those issues stem a lot of the time from technical issues, limitations and possibly "design choices". There are a lot of very intelligent people working in … END_OF_DOCUMENT_TOKEN_TO_BE_REPLACED

CENTR, the association for European ccTLDs, is holding an open day in Brussels on September 30th. For the first time registrars are being invited to attend a CENTR meeting in order to meet ccTLD registries. The event, which is free to attend, is being held in the Stanhope Hotel in Brussels. At time of writing there are approximately 21 registrars registered to attend … END_OF_DOCUMENT_TOKEN_TO_BE_REPLACED 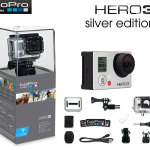 Radix Registry, the company behind .website, .host and .press, is running a giveaway / competition for the launch of .website. The .website launch is now scheduled to take place this afternoon at 1600 UTC. If you can guess correctly the number of .website domain names that are registered during the first day of GA (general availability) you could win a Go Pro Hero 3 … END_OF_DOCUMENT_TOKEN_TO_BE_REPLACED

Back in October 2013 we lamented the demise of the .green new TLD bid. A lot of people who work in the domain name industry were shocked, surprised and disappointed when the .green bid was withdrawn. But we got over it. We moved on. And several of the people involved with the original .green bid moved on too. Tim Switzer is now working for the .build registry. So it was with … END_OF_DOCUMENT_TOKEN_TO_BE_REPLACED