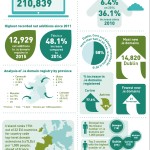 The IEDR have issued details of the 2015 domain name registrations. Overall the .ie namespace has grown. As with previous years the more densely populated areas of Dublin, Cork and Galway accounted for a higher number of domains than other parts of the country. Here's the full release:   Almost 100 .ie domains registered every day in 2015 35,225 new .ie domains … END_OF_DOCUMENT_TOKEN_TO_BE_REPLACED 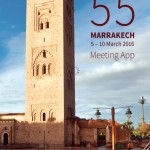 ICANN's next public meeting is scheduled for March 5 - 10 in Marrakech, Morocco. While that might be a month away the organisation has already launched their meeting app for the meeting.   At the moment the app is missing the most important element - the event schedule, but other elements are there, such as practical information on getting there. There's … END_OF_DOCUMENT_TOKEN_TO_BE_REPLACED 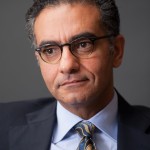 Republican senator and US presidential candidate Ted Cruz is not very happy with ICANN CEO Fadi Chehade. In a letter from Cruz dated today Cruz has some pointed questions for Chehade in relation to his involvement with a recent meeting in China. Here's the letter in full: 20160203_FadiChehadeLetter The IANA transition has been raised as an issue by some of the US … END_OF_DOCUMENT_TOKEN_TO_BE_REPLACED

Nominet have published the Lyons report. The report was prepared by Sir Michael Lyons at Nominet's request to investigate the registry's operations. While the report was delivered to Nominet's Board late last year the registry decided to wait until they had formulated responses to the recommendations prior to publishing it or their response. What will probably meet … END_OF_DOCUMENT_TOKEN_TO_BE_REPLACED