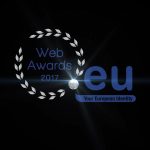 EURid held their annual web awards in central Brussels last week. The awards are focussed on businesses, organisations and individuals that are actively using a .eu domain name for their online presence. As with every year the range of finalists covered the European Union. Here's the official video they released that covers the … END_OF_DOCUMENT_TOKEN_TO_BE_REPLACED

ICANN has issued a guidance notice to registrars and registries in relation to Hurricane Maria, which caused massive damage throughout the Caribbean. Dear gTLD Registries and Registrars, As you know, Hurricane Maria caused catastrophic damage in the Caribbean and surrounding areas. We have also heard from community members that ongoing issues with electric power grids and … END_OF_DOCUMENT_TOKEN_TO_BE_REPLACED 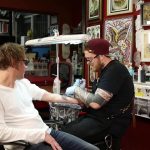 World Hosting Days aka WHD has rebranded itself as "Cloud Fest". They're describing themselves as: CloudFest is a world-leading conference geared toward the cloud, hosting, and service provider industries. Focusing on three distinctive pillars – growth, connectivity and learning – our festivals provide cloud professionals access to the latest technologies, innovations, and … END_OF_DOCUMENT_TOKEN_TO_BE_REPLACED 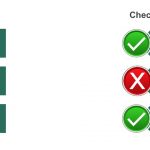 The IEDR has opened a consultation on removing DNS checks during registrations, transfers and other operations. At the moment when a .ie domain name registration is requested the IEDR will check if it passes the policy requirements and then does a technical check. If it fails the technical check the registration can fail. The same thing can happen when there's a transfer … END_OF_DOCUMENT_TOKEN_TO_BE_REPLACED 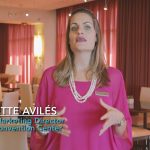 ICANN 61 is scheduled to be held in Puerto Rico early next year. As most people know, however, the region was very badly hit during recent storms and many parts of the country are still without power, drinking water or internet. This is not ignored in the welcome video produced by the local host for the upcoming meeting: https://youtu.be/l7ooF2Xwf04 The official … END_OF_DOCUMENT_TOKEN_TO_BE_REPLACED