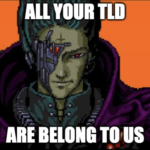 There's been a lot of mergers and acquisitions in the domain name space over the last few years.However Donuts acquiring Afilias is more than just "big" news. I'd have to sit down and work it out in more , but I think with this merger Donuts becomes the single biggest registry operator in terms of TLDs.Centralnic is probably the diversity king, as they seem to have … END_OF_DOCUMENT_TOKEN_TO_BE_REPLACED

ICANN, EURALO and ISOC UK are hosting a European based "read-out" for ICANN 69. Essentially it'll be a webinar where various stakeholders will brief the broader internet community on the key takeaways from the ICANN 69 meeting.Speakers will include ICANN's head honcho for Europe as well as representatives from the GNSO Council, ccNSO Council and others.As it's 2020 … END_OF_DOCUMENT_TOKEN_TO_BE_REPLACED 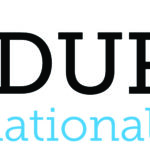 Endurance International Group Holdings Inc. has announced that it is to be acquired by Clearlake Capital Group L.P. in a deal valued in excess of $3 billion.Endurance (EIG) isn't really a household name, even for people working in the internet space. They're better known by the brands in the group which include companies like:Domain.comHostGatorBluehostConstant Contact … END_OF_DOCUMENT_TOKEN_TO_BE_REPLACED