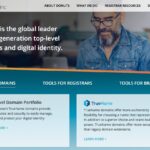 Back in November many were surprised by the news that Donuts was acquiring Afilias. While mergers and acquisitions happen all the time, this deal was big news and to many observers probably a little surprising.Yesterday the deal closed. The "change of control" had been on the agenda of a recent ICANN Board meeting, but nothing of any substance came out of that. … END_OF_DOCUMENT_TOKEN_TO_BE_REPLACED 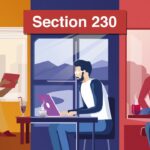 Section 230 of the Communications Decency Act is arguably one of the most important bits of legislation that impacts the internet. Without it a lot of what we all consume and interact with online would probably cease to exist. While it is a US law its impact is global.For the last couple of years the legislation has been under constant attack from both sides of the aisle … END_OF_DOCUMENT_TOKEN_TO_BE_REPLACED 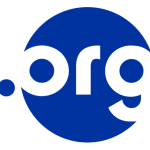 A couple of days ago I posted about PIR hiring for a role in their business development team. They're also hiring for a position that is newly created in the company that of "Director, DNS Abuse Policy and Outreach". It's a fairly senior position reporting to the registry's general counsel.So what does the job entail?By the sounds of things PIR has created the role to … END_OF_DOCUMENT_TOKEN_TO_BE_REPLACED 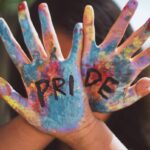 The .gay registry committed to donating to LGBTQ charities when it was launching. The donations are linked to the sale of .gay domain names with 20% of the wholesale revenue being set aside by the registry.Earlier this week .gay announced that they'd made a donation of $90k to LGBTQ non-profits, which brings their total donation this year to over $124k.However at the … END_OF_DOCUMENT_TOKEN_TO_BE_REPLACED

The .ie ccTLD registry aka IEDR are hiring. (They've recently rebranded to ".ie" and changed their domain over to weare.ie from iedr.ie but I honestly can't see that sticking with a lot of us, without even considering the SEO implications etc.,)They've got an opening in their team for a "Policy and Compliance Officer", which would combine dealing with policy issues as well … END_OF_DOCUMENT_TOKEN_TO_BE_REPLACED

The .org domain name registry (PIR) is hiring a channel sales manager to cover the Asia Pacific region.Full details of the role and its requirements etc., are detailed in the job posting here.It sounds like the position is based out of PIR's headquarters in Reston, VA, which seems a little odd, as they'd never be in the right timezone for any of their … END_OF_DOCUMENT_TOKEN_TO_BE_REPLACED