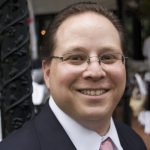 Olivier  Crépin-Leblond announced earlier today that he would step down as ALAC Chair. He has been Chair of ALAC since 2010. He also nominated Alan Greenberg to take his place. Nominations for the position are open until September 3rd. Whether other candidates will be nominated for the position is unclear, but Greenberg has accepted the nomination. The new Chair would be … END_OF_DOCUMENT_TOKEN_TO_BE_REPLACED

HOTREC, the European association of hotels, restaurants and cafes has filed four community objections with the ICC. They're concerned about several of the "closed generic" applications for .hotel and derivatives of the string. With that in mind they've filed against the following: Application # 1-1016-75482 for HOTELS by Booking.com B.V. Application # 1-1249-36568 for … END_OF_DOCUMENT_TOKEN_TO_BE_REPLACED