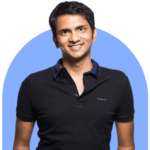 Bhavin Turakhia is a name that is very well known in the domain and internet business. His exit from Directi and his ongoing investment in domains via Radix Registry means that Bhavin's name has strong links with the domain name business. However Bhavin's also been dabbling in other areas, including messaging and email. Earlier today it was announced that … END_OF_DOCUMENT_TOKEN_TO_BE_REPLACED

Directi have announced their plans to relaunch the .pw ccTLD officially next week at the ICANN meeting in Toronto. The country code .pw was originally assigned to Palau, which is a small island in the Pacific (I had to look it up!) Under DirectI's plans the .pw will be re-purposed as "professional web", though how it's meant to differentiate itself from the existing .pro … END_OF_DOCUMENT_TOKEN_TO_BE_REPLACED