Federal government of the United States 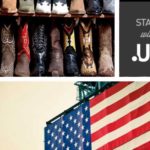 If you are interested in domain name policy or country code domain names, then the upcoming .us "town hall" on October 26th might be of interest. When? Wednesday October 26th at 3pm EDT (7pm London time) Where? Online. The event is being led by NeuStar and the US Department of Commerce and features the following speakers: Scott Blake Harris - Chair, .US … END_OF_DOCUMENT_TOKEN_TO_BE_REPLACED

If you've got about 3 hours to spare you can watch the hearing about the IANA transition that was held earlier today. The witnesses' written testimony can be accessed here. Here's the full video of the hearing, which is in two parts: It's worth watching, with some of the highlights in the first part being Senator Cruz alleging that the NTIA staff broke the law and … END_OF_DOCUMENT_TOKEN_TO_BE_REPLACED 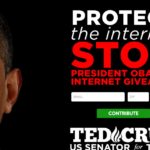 Senator Cruz' crusade against ICANN and the US Government has included plenty of references to "freedom" and how ICANN is in bed with enemies of the US and the world. His latest video underlines this and, like his speeches, is very artfully done, even if it's all based on a false premise. Enjoy or cringe. Your call: https://youtu.be/NSBfboaDZF0   … END_OF_DOCUMENT_TOKEN_TO_BE_REPLACED

The US Senate provides full transcripts of all speeches, though there's a delay of a day or so between a speech being read and the transcript being published. So here's the full transcript of Senator Ted Cruz' speech on the IANA transition from last week (source): "Mr. President, today our country faces a threat to the Internet as we know it. In 22 short days, if Congress … END_OF_DOCUMENT_TOKEN_TO_BE_REPLACED 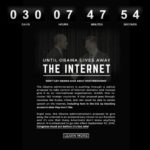 Senator Cruz' against the IANA transition will continue next week with a senate hearing next week. The hearing is entitled: Protecting Internet Freedom: Implications of Ending U.S. Oversight of the Internet. While the hearing is being chaired by Cruz no indication of who else will be speaking has been made public so far. In a press release from Cruz' offices earlier … END_OF_DOCUMENT_TOKEN_TO_BE_REPLACED

ICANN is a strange beast. Even the term "ICANN", which is itself an acronym, has more than one meaning. There are at least two "ICANNs", one is the "community", which is made up of everyone who engages with the ICANN "circus" and then there is ICANN the organisation itself - a California not-for-profit. While people outside the internet industry probably have never heard of … END_OF_DOCUMENT_TOKEN_TO_BE_REPLACED

Senator Cruz and ICANN have been involved in a game of "swap the letter" for the last couple of months. Earlier this week Cruz and Co sent a letter to ICANN that displayed a couple of key things: they were very unhappy with how ICANN had been responding (They're not alone in this one!) They were displeased with ICANN's concept of time (hey we've all been there! Welcome … END_OF_DOCUMENT_TOKEN_TO_BE_REPLACED

Republican Presidential hopeful Ted Cruz (and others) has sent yet another letter to ICANN. This time round the letter is addressed both to the Chairman of the ICANN Board, Dr Steve Crocker, as well as to former CEO Fadi Chehadé. The letter (below) repeats some of the questions previously put to ICANN, though the wording is much blunter this time round. Cruz' office … END_OF_DOCUMENT_TOKEN_TO_BE_REPLACED 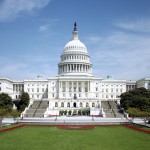 .Kids.us is one of those domain extensions that sounds like a good idea, but when you look at it a bit more closely you end up having more questions than answers. Essentially the domain extension was designed to be a safe internet space for "kid friendly" content, but the restrictions on registration were incredibly tight. How many .kids.us domains were registered? No idea, but … END_OF_DOCUMENT_TOKEN_TO_BE_REPLACED