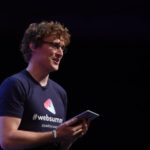 Web Summit founder Paddy Cosgrave announced via Facebook and Twitter that the company had acquired websummit.com for an undisclosed sum. Apparently they'd been negotiating the acquisition for the last 5 years. The domain has been registered since November 2001, which is long before Web Summit's first event was held in Dublin. The domain had switched registrars several … END_OF_DOCUMENT_TOKEN_TO_BE_REPLACED