In the last couple of days there's been some media coverage in Ireland of a case involving a small Irish business and Lady Gaga.Some people are crying foul and accusing Lady Gaga and her lawyers of being heavy-handed and that their actions were tantamount to bullying.While the Irish Independent's coverage of the story is comprehensive I wanted to dig a little deeper as … END_OF_DOCUMENT_TOKEN_TO_BE_REPLACED 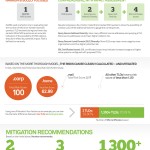 ICANN has published details of the process that registrars signing the 2013 RAA will need to follow in order to be granted a waiver.Under the 2013 contract registrars will have to collect and retain a lot more data in relation to their customers, which could be in conflict with national laws governing data protection and data privacy.The process that ICANN has outlined … END_OF_DOCUMENT_TOKEN_TO_BE_REPLACED

The IEDR is hiring to fill a couple of roles.One of the roles is "Registration Services Administrator" which sounds like an entry level position (€23k / year) processing new domain name registrations and transfers: Reviewing, authenticating and processing automated applications (tickets) for new registrations received from customers, and ensuring these applications are in … END_OF_DOCUMENT_TOKEN_TO_BE_REPLACED

Under the 2009 RAA ICANN was given a number of new "powers" to wield against registrars that do not comply with the RAA and ICANN policy.One of the new "tools", to borrow Compliance's terminology, is the ability to suspend a registrar. Effectively what this means is that instead of sending warnings (breach notices) and more warnings and then terminating the registrar … END_OF_DOCUMENT_TOKEN_TO_BE_REPLACED 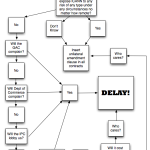 While the volume of material coming out from the various ICANN parody accounts on Twitter may have dropped considerably in the last few months, some of the content is hilarious.Here's one from @icannlegal - and no, it's definitely NOT ICANN's legal departmenthttps://twitter.com/icannlegal/status/378632760430055424In case the Twitter account gets culled here's the … END_OF_DOCUMENT_TOKEN_TO_BE_REPLACED

Register.com, which is part of the web.com group of companies, has been sent a breach notice by ICANN's compliance department.The notice, which I'm attaching below, covers a number of issues, including records for some domains, links to specific policies and data escrow.What's a little different with this notice is the angle that ICANN appears to be adopting.While … END_OF_DOCUMENT_TOKEN_TO_BE_REPLACED 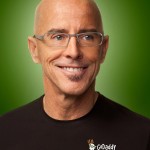 GoDaddy's new CEO, Blake Irving, has started blogging.It's a bit of a tradition with GoDaddy's CEOs to blog, though the company's first CEO, Bob Parsons, was by far the most flamboyant to date.Irving's predecessor, Warren Adelman, also blogs from time to time, but hasn't posted anything since 2011.Blake Irving's blog so far only has a handful of posts, but he … END_OF_DOCUMENT_TOKEN_TO_BE_REPLACED