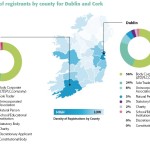 IEDR have published their latest annual report which covers the period up to the end of 2012. Here's a few of the highlights: Renewal rate of 86% Total .ie domains at year-end of 182,284, up 5.3% year-on-year New .ie domain registrations down 15% on 2011 By way of comparison the .no domain registry (Norway) currently has 588999 domains registered. In terms of … END_OF_DOCUMENT_TOKEN_TO_BE_REPLACED

When ICANN signed the affirmation of commitments back in 2009 it committed to conducting regular reviews on its accountability and transparency. According to the AOC these are meant to happen at least once every 3 years. So, although the ink has only just dried on the first round, ICANN is now seeking volunteers for the 2nd round of reviews. Interested? Full details here. … END_OF_DOCUMENT_TOKEN_TO_BE_REPLACED

ICANN has issued an official release regarding Rod Beckstrom's announced departure. I wasn't expecting the release to have any "meat", but I think they've outdone themselves this time. It's not just slightly fluffy, it's practically redefined my understanding of fluff. There's no indication as to why Beckstrom is standing down, so speculation will be rife (it already … END_OF_DOCUMENT_TOKEN_TO_BE_REPLACED

Kevin reported in detail about the letter that ANA (Association of National Advertisers) sent to ICANN where they threatened to sue over the launch of new TLDs. ICANN chief, Rod Beckstrom, has replied in detail and while the response is polite it's a bit of a slap down, as Beckstrom points out why ICANN believes that ANA's arguments do not hold water. You can grab the PDF … END_OF_DOCUMENT_TOKEN_TO_BE_REPLACED