The .us ccTLD registry has a stakeholder council which holds a "town hall" annually. This year's meeting will be held on November 4th at 1200 Eastern. The town hall will cover updates on what's been going on with .us and their plans for the future. As it's a "town hall" format there's usually the option for people to ask question and interact with the panelists. The … END_OF_DOCUMENT_TOKEN_TO_BE_REPLACED 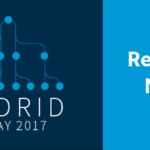 ICANN and a couple of other organisations are taking advantage of venue chosen for the 2017 GDD Summit. ICANN will be holding a "DNS Symposium" in the Hotel NH Collection Madrid Eurobuilding in Madrid on Saturday 13th May. It's the first time that ICANN organises this type of event. The focus of the event will be the technical types and it is being organised by office of … END_OF_DOCUMENT_TOKEN_TO_BE_REPLACED

The IEDR are launching a new radio advertising campaign across Ireland. Unlike some of their previous campaigns the focus this time round is firmly on .ie domain names and does not mention IEDR at all. The campaign features two adverts (below) which emphasise how the .ie ccTLD is linked to Ireland. They also mention that .ie is considered to be "secure" based on McAfee … END_OF_DOCUMENT_TOKEN_TO_BE_REPLACED

The IEDR have published their annual report for 2015. Some key takeaways from it: IE ccTLD registration volumes are up 13% Domain renewal rate is 88.6% 54.34% of IE domains are registered by incorporated companies IEDR's expenditure on marketing and related activities has increased significantly Overall company turnover is up 5% One of the possible … END_OF_DOCUMENT_TOKEN_TO_BE_REPLACED

ICANN is a strange beast. Even the term "ICANN", which is itself an acronym, has more than one meaning. There are at least two "ICANNs", one is the "community", which is made up of everyone who engages with the ICANN "circus" and then there is ICANN the organisation itself - a California not-for-profit. While people outside the internet industry probably have never heard of … END_OF_DOCUMENT_TOKEN_TO_BE_REPLACED

DNS Belgium, who run both the .be ccTLD as well as .brussels and .vlaanderen, have announced some additions to their board of directors. The newly formed Belgian Registrars Association, Bereas, is joining the board, as is Comeos, BeCommerce and IAB Belgium. Full details in the release below: Leuven, 20 June 2016 -- DNS Belgium, the non-profit association responsible for … END_OF_DOCUMENT_TOKEN_TO_BE_REPLACED 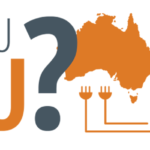 Back in March of this year auDA announced that they weren't renewing their then CEO's contract. So after over 15 years in the role Chris Disspain was leaving the organisation. Obviously his position could not be left vacant indefinitely, so it's little surprise that they recently published a job advertisement. There's no indication of salary or benefits that come with the … END_OF_DOCUMENT_TOKEN_TO_BE_REPLACED

In common with several other ccTLDs, the .nz ccTLD is split into two bodies. While the registry operator is NZRS, the policies are managed by a different entity The Domain Name Commission. They've recently been reviewing their whois related policies and have come up with a proposal which would allow private individuals to opt out of public whois. However the proposal is … END_OF_DOCUMENT_TOKEN_TO_BE_REPLACED

Australia's country code (ccTLD) will allow "direct" registrations in the .au ccTLD in the future. Following on from a consultation process last year, the board of auDA has announced their intention to update the domain registration policy to allow people and organisations to register .au domain names. Up until now you could register under .com.au, but not directly under … END_OF_DOCUMENT_TOKEN_TO_BE_REPLACED

Auctions for contested "short" .ie domain names started earlier today. The private auctions are being handled by UK based company Divido who already do some auctions for .io and .ac. It is expected that the auctions will take a couple of weeks to complete. The auctions are open to applicants for "short" 1 and 2 letter (or number) .ie ccTLD domain names which were … END_OF_DOCUMENT_TOKEN_TO_BE_REPLACED