Quite a few people have voiced concerns over the last year or so with respect to ICANN's staff retention. Any time the issue is raised during an ICANN meeting, however, the CEO and board have refused to entertain any discussion of the subject and cite "industry" statistics. So how are they going to explain this one? ICANN Europe was meant to be getting a new head honcho … END_OF_DOCUMENT_TOKEN_TO_BE_REPLACED 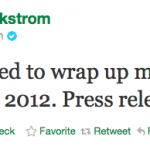 ICANN's CEO and President, Rod Beckstrom, has announced that he will be stepping down in July of next year. The announcement came via Twitter of all places, with a press release, presumably with more details, due sometime soon: I have decided to wrap up my service at ICANN July 2012. Press release soon. With the launch of the new TLD program scheduled to officially … END_OF_DOCUMENT_TOKEN_TO_BE_REPLACED 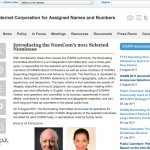 ICANN's main site has been given a drastic facelift. The organisation's website had come under a lot of criticism due to the massive amount of information published on it which was rendered all but inaccessible due to the site's poor layout and navigation. Over the last couple of years there have been a number of tweaks made to the layout and style and whether this latest … END_OF_DOCUMENT_TOKEN_TO_BE_REPLACED 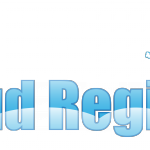 If you attend ICANN meetings, or even just peruse the meeting schedule, you'll realise that it's a very full schedule. Trying to be in all the correct meetings on the timetable, combined with all the "unofficial" ones can be a nightmare to organise And ICANN's meeting schedule is still not available in a "sane" format. RIPE makes theirs available in multiple formats, but … END_OF_DOCUMENT_TOKEN_TO_BE_REPLACED

Normally in the weeks prior to an ICANN public meeting there is a buzz of activity as documents need to be submitted to meet the deadlines before the public meeting.   While this has happened as usual and the deadline is still open until Tuesday for the GNSO council meeting on 22nd June, there are currently only 6 comment periods open. Whether or not … END_OF_DOCUMENT_TOKEN_TO_BE_REPLACED

At the ICANN meeting in Brussels one of the topics that came up for discussion both during the public forum and the board meeting, was the topic of remuneration. That time round it was specifically in relation to the board and more specifically its chair. The discussion during the public forum was very interesting, as getting the balance right in such matters is awkward. There … END_OF_DOCUMENT_TOKEN_TO_BE_REPLACED

ICANN's Generic Names Supporting Organisation (GNSO) has formed a working group to consider changes to the domain transfer process to enhance security and reduce hijacking.  The working group consists of registrars, aftermarket players, domainers and other members of the ICANN Community.  The group published its preliminary recommendations at the ICANN meeting in … END_OF_DOCUMENT_TOKEN_TO_BE_REPLACED

Again on the subject of new TLDs ....One of the "issues" that concerned a number of people is the concept of "vertical separation".The basic idea is that registries and registrars should be kept separate.While that is a wonderful Utopian ideal, the reality is that in the real world companies own other companies, people trade in stocks and shares etc., etc. So it's far from … END_OF_DOCUMENT_TOKEN_TO_BE_REPLACED

One of the topics that keeps coming up in ICANN policy discussions and as part of the new TLD application process is "transparency". ICANN, and the internet community in general, has had plenty of issues in the past with "bad actors" who have caused a lot of issues for everyone (think of many of the registrars who have lost accreditation in the last couple of years for … END_OF_DOCUMENT_TOKEN_TO_BE_REPLACED

In an interesting move several members of the ICANN community formed an "informal" Working Group to discuss the concept of "expressions of interest" in new TLDs. This all happened very quickly, which is more or less the opposite to how most ICANN related activities progress.Earlier this evening the group submitted its report / paper to ICANNThe report, which runs to about 11 … END_OF_DOCUMENT_TOKEN_TO_BE_REPLACED